Lagrange is a Partner in Arcaea. She is available through Forgotten Construct after purchasing the Esoteric Order pack and was made for the Arcaea Song Contest Grand Prize winner, Aegleseeker.

Charon could be named after the psychopomp of the same name, or the moon of Pluto of the same name, as befits the astronomical theme of Esoteric Order. The name 'Charon' is also written on Charon, located next to its right eye.

She has lavender hair tied in a loose braid, tied with a dark purple bow. Over this braid there is a black string woven into it with small moons and stars on it. She has prominent strands of hair on both sides. She also wears indigo bows to attach her strands of hair. She wears a small decoration on her hair that has colors of white and purple. She wears a monocle with decorations of gold. She has purple eyes as well.

She wears a yellow dress and a white jacket connected by belts, with a decoration of white and purple, similar to her hairclip. Her jacket has colors of purple, even more belts and some decorations, such as ribbons. She also wears a white loose collar on her neck.

She has a companion called Charon. Charon has eyes with purple diamonds as its pupils. It has some line decorations under its eyes from pink to purple. It also wears some kind of robotic accessories with colors of white and gold. Like her hair decoration and the decoration on her belt, Charon wears an accessory that looks similar to it.

She also wears lavender leggings and pointy rubber shoes without ties. She also holds a book, which hangs some kind of planetary decoration on its end.

Not much is known about her personality, but she has a purpose: to find a god. She seems to be calm and curious, looking for answers. 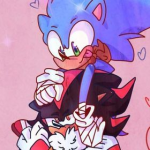 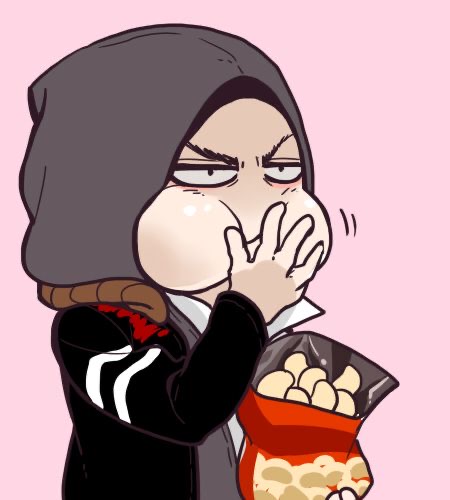