Blinded by the truth, towards the end of the scattered Stygian road...

A storm fast approaches. Reconciliation may not be possible. Is this the only destiny afforded them? What truth will they find at the end of their paths?

Black Fate is a song pack added in version 3.0.0. It contains seven songs including one anomaly song, Tempestissimo, and one terminal song, Arcahv. It costs 500 memories to unlock and unlocks two maps in Chapter 5 of World Mode in which you can obtain Tairitsu (Tempest). 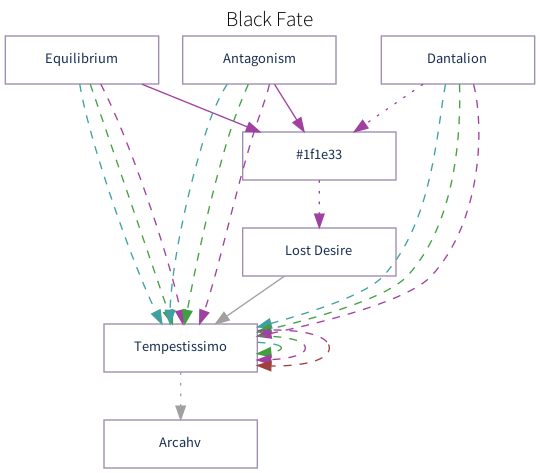 Retrieved from "https://arcaea.fandom.com/wiki/Black_Fate?oldid=16690"
Community content is available under CC-BY-SA unless otherwise noted.