This page lists all the artists that have composed for Arcaea, along with their nationalities, groups, and social media accounts. Please note that they are listed by in-game name; in other words, if someone uses two different aliases (like siromaru and INNOCENT NOIZE) their songs will only be listed under the appropriate name.

Alice Schach and the Magic Orchestra 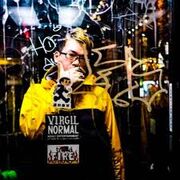 Retrieved from "https://arcaea.fandom.com/wiki/Artists?oldid=21941"
Community content is available under CC-BY-SA unless otherwise noted.