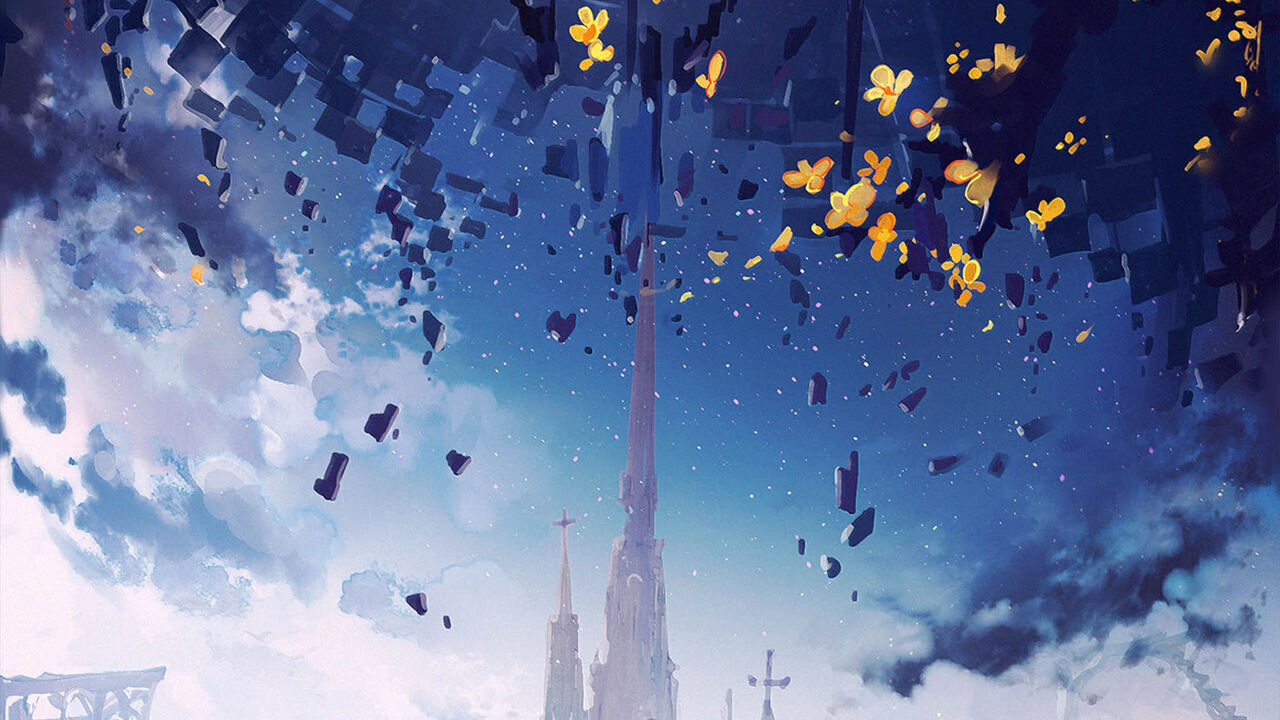 What's on your mind?

If anyone's watching this post, just know there's some error with implementing the codes into an image (at least for me). Originally, song tables and some other stuff work well, But (I don't know since when) the coding for a few tables suddenly converted into plain text. I tried to source edit those codes so that no errors would occur, but there's nothing wrong in the coding. Can any moderators confirm what exactly happened?

Becuz sum persons hav shared every switch partner's maxed stats, here's a pdf file containing the number of frag and step you can get at most with every partner

Ping me on discord if the link broke MultiZX#5066

Anyways how are you?

I’ve been thinking about getting the WACCA collaboration, but since I already have some really good partners (like Pandora and an awakened Regulus), would buying it to unlock Lily be worth it? Those that have her, is she a good partner?

I opened Yagrush's page, admired her beautiful face for a few moments and then pressed on the random page button.

I was welcomed by Yagrush's beautiful face again.

Guess what page I got.

I still don't know why Arcaea hasn't Collab with the Rayark stuff... why tho? are they rivals or smthng? :/ 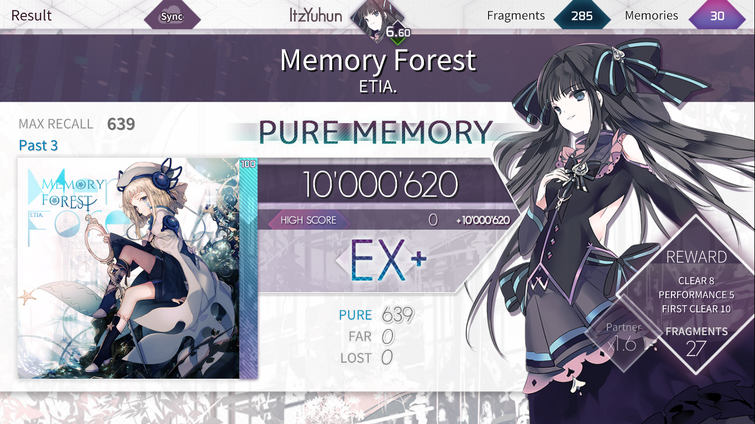 Isabelle Yagrush's skill to people who have never equipped her and decide to use her on a 10+: 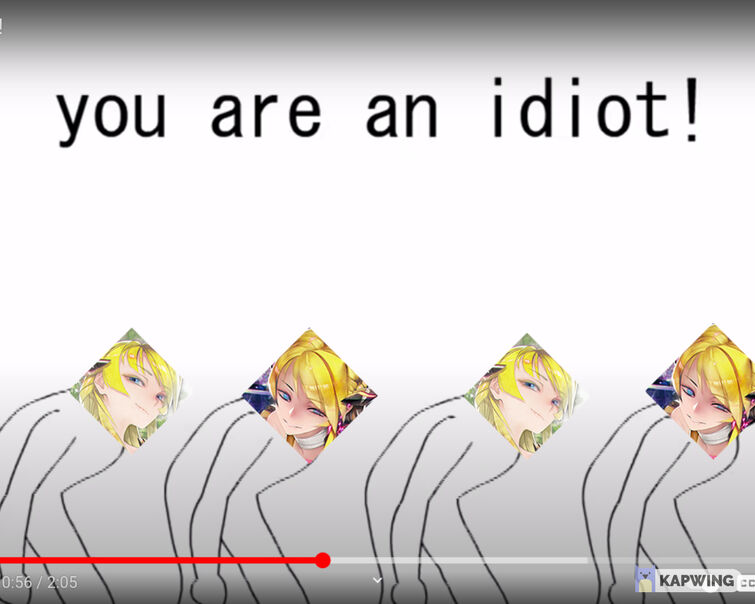 Disclaimer: I apologise in advance if you think I'm calling you stupid. I'm not calling anyone an idiot.

Kudos to editors, one of the most aesthetically pleasing wikis i've ever seen. Super in theme with the game and is easy to navigate. *chefs kiss*

I must break out soon, to be free. To find the one whose name means something they don't intend to bring upon anyone, and to give her a friend.

The nameless girl deep in the Purgatorium slowly opened her eyes, the light pink liquid slightly stinging her as she awoke in the glass containment unit. She looked around, trying to find something that she could use to break out. But it is futile. Even if I see something, I won't be able to reach for it. What am I to do when I have been confined to a space where there is nothing I can use to shatter this containment unit's glass boundaries?

She stared at her own reflection, but her eyes were so squinted that she couldn't make out anything.

The girl remembered something at that moment-that everyone else in Arcaea had special abilities, special moves that they could use on their enemies. And she knew she had her own special powers. She gently closed her eyes, and focused on the idea of breaking out. She felt something inside her awaken- one of her various powers that she had yet to fully tap into.

The glass shattered, and the girl burst out of the containment unit, flying around the room, looking at all the machinery and what was used to operate the unit. I see they shut it down, thinking I would give up and just spend the rest of my days locked up in here, but they were dead wrong. To leave someone for dead would be a... grievous mistake. And boy, did they make a truly grievous mistake. Silly people...

She then saw a note on one of the machines. It read:

They know you as despair's daughter because those who know of you think of you as the despair to those wishing to defeat you.

The nameless girl cocked her head to one side. Despair's daughter? Huh. Cute nickname. I have a nickname, now I need a name, she thought to herself. At that moment, the girl got an idea. She floated off the ground, shooting out of the chamber, and sat on the fallen pillar in the Purgatorium. I will leave this place- not for good, but I will return to look for weapons that could possibly be helpful to me should I have to defend myself.

I wonder where that girl is, the girl that I was told about. Where could she be right now? Fighting the girl she once wished to befriend?

After a few minutes thinking of a name, she finally came up with one. It's a perfect name. Quite fitting for me. Though it is a feeling that all must deliver themselves from, not to, it is quite a perfect name for me.

She flew around the Purgatorium before coming to a standstill in the middle of the main floor. Concentrating, the soon-to-name-herself girl held her right hand in front of her and watched in wonder as a white-and-red orb of energy formed above it.

The girl threw the orb of energy at the roof of the Purgatorium, and the segment of the roof that the orb struck burst into shards of stone which rained upon the space below. She dodged to one side as the stone shards crashed to the ground in a heap.

Ooh, that was fun- now, to my name. I'm known as despair's daughter because I sound very strong to those who have heard of me, even though I've never met anyone else in Arcaea, and seem like the despair to those who wish to take me on in battle...

The girl soared through the hole in the Purgatorium and flew outside.

To freedom. At long last, I will be sealed away no more! Now to write my name in the sky so that everyone knows that I am free... oh, I will love this moment, the night that I named myself!

Smiling, she flew around the air, looping and twisting, drawing a trail in the sky like someone drawing on paper with a pencil. Yeah! This is so like it! This is so fun... and to think I'll get to share this fun time with someone I may befriend soon!

After quite a while, the girl smiled as flew far away enough to be able to see everything she had drawn with a trail. Her name, and how to spell it in in Japanese katakana.

The word zetsubou was Japanese for despair, which the girl thought would be the perfect name for her. Now, I am Zetsubou, despair's daughter. She did a few happy loops and twists in the air in joy. Yeah! This is great!

Smiling, Zetsubou threw an orb of energy above her name, still written in the air, and when it exploded beautiful patterns appeared around her name. Admiring it even more, despair's daughter flew herself between the gaps in the characters and letters, weaving between each letter.

Enough fooling around... it's time to find the girl whose name means something that they have no choice to bring upon the girl they once wished to befriend.

With that, Zetsubou threw another orb into the air, and as it exploded, she flew away, heading north. 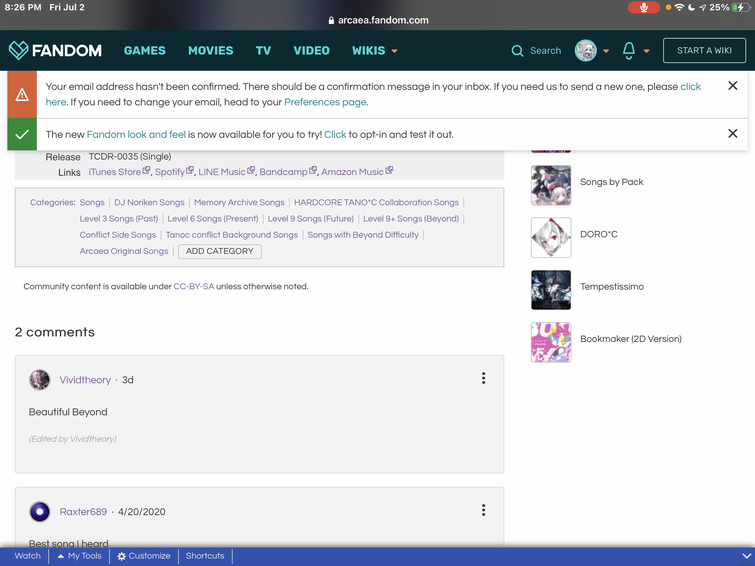 If I only buy SAIKYOU STRONGER, will I be able to skip the restriction tiles like La'qryma to unlock DORO*C? 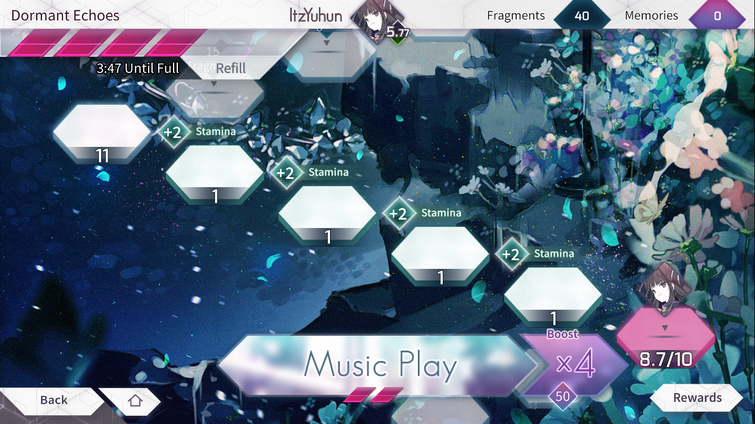 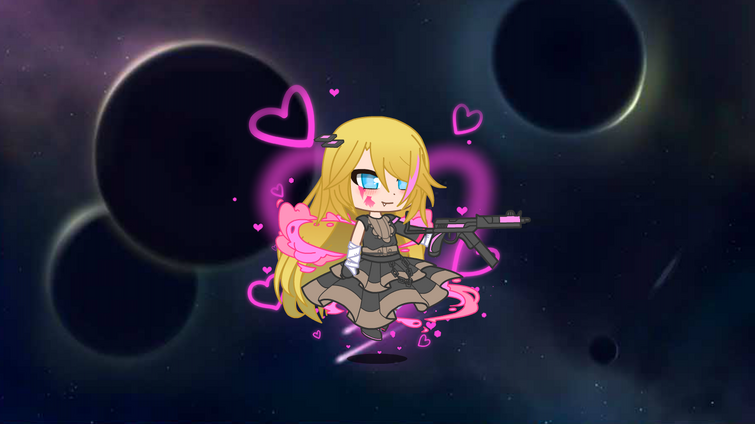 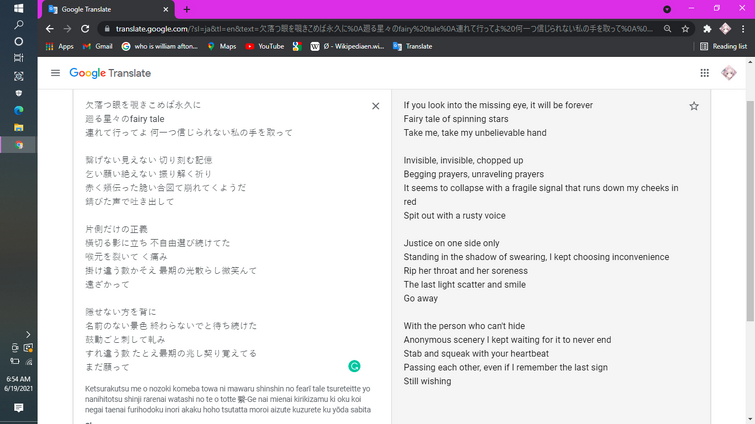 I dont even know if this is accurate or not. But hopefully it is.

I made her Awakened (Despair's Daughter) variant as a Gacha Club character, but roughly. I also made what I called her Ten-Ten Grieving variant. 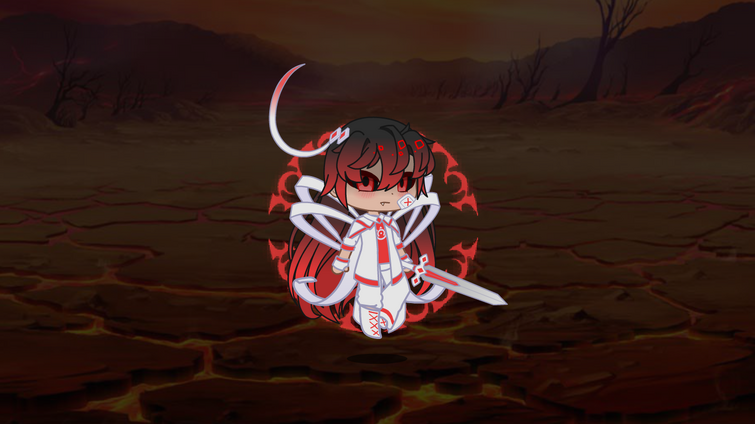 And then there's Despair's Daughter Zetsubou (Awakened Zetsubou) with no outline. 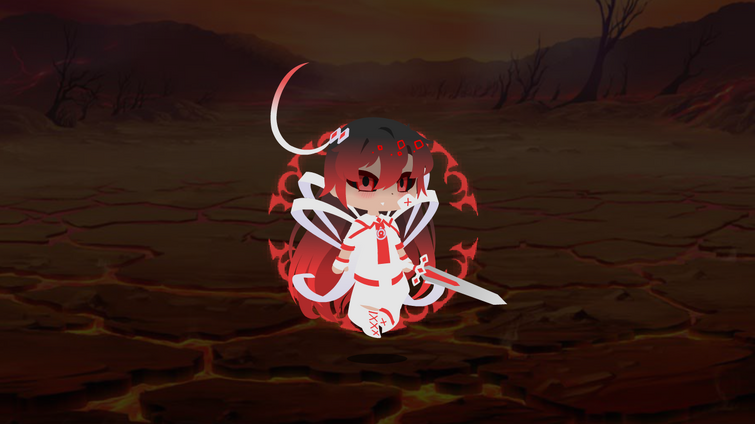 Finally, there's Zetsubou's Ten-Ten Grieving variant. I didn't take a screenshot of no outline Ten-Ten Grieving form Zetsubou because something's up with the hat whenever I turn off outlines. 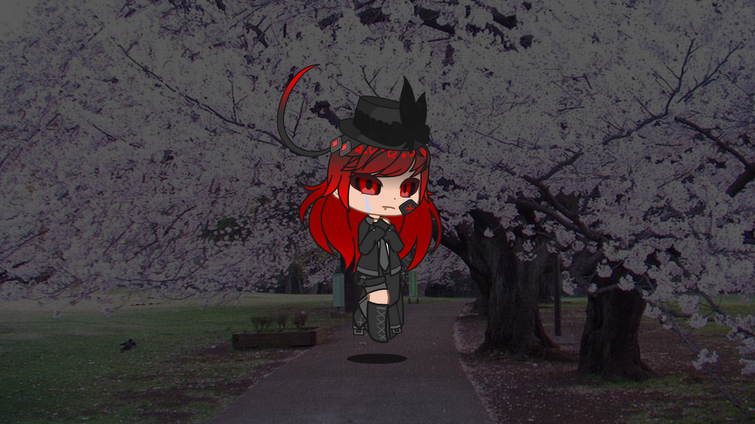 Here's a link to the blog post about Zetsubou in case you want to find out more about her:

There has been an Extreme Demon level in GD created that uses and is named after Nhelv.

I wonder if the players knew where this is most well known... 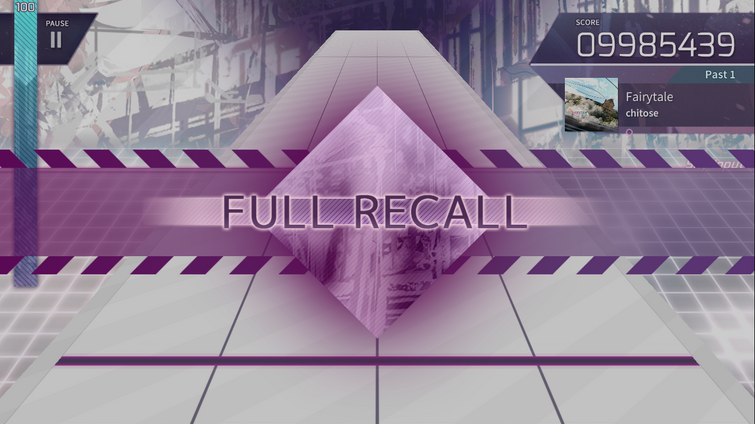 This is what is otherwise known as 'When life just doesn't want to be fair #2.'